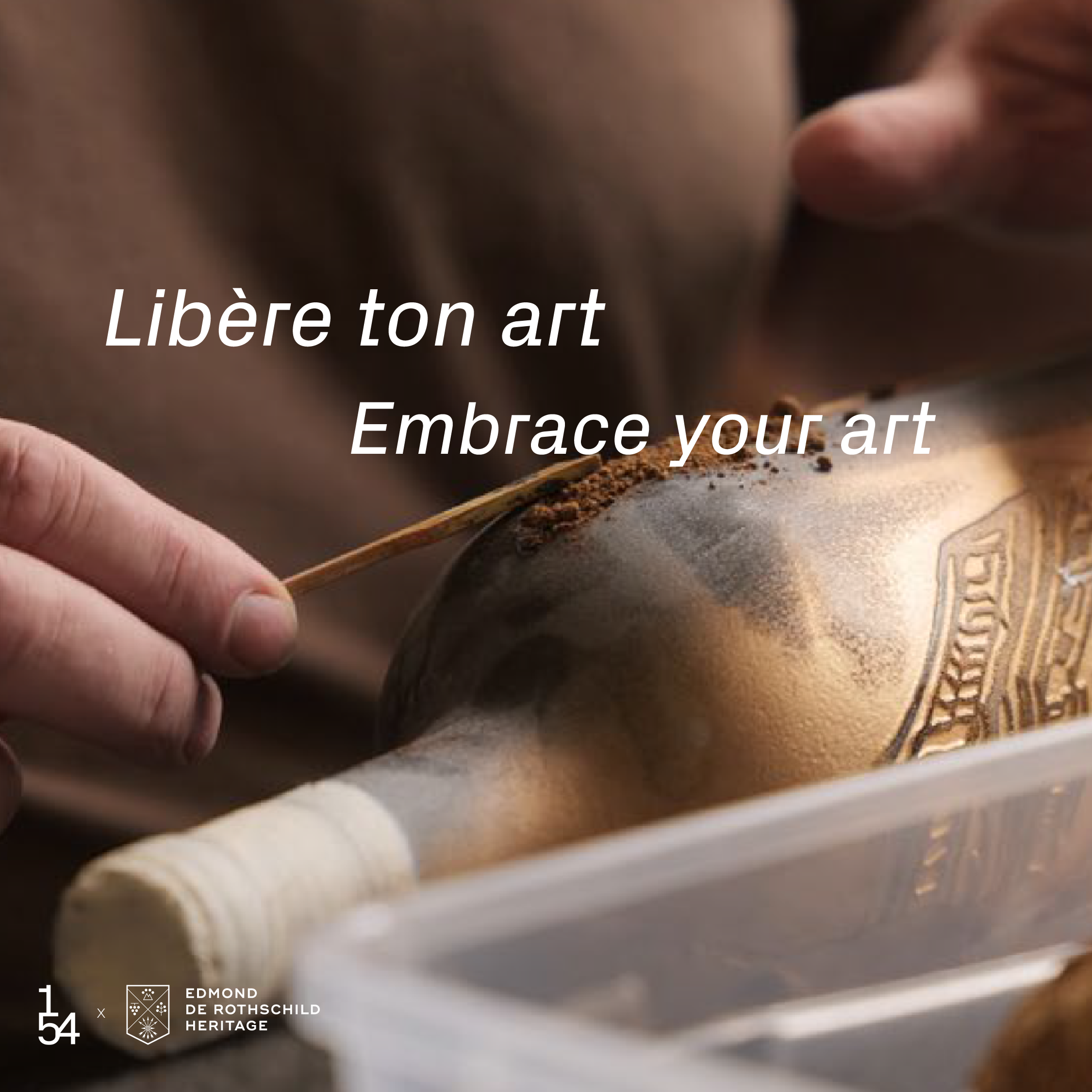 We are pleased to partner up with Edmond de Rothschild Heritage group as our hospitality partner for this second pop-up Paris edition at Christie’s.

For this edition in the French capital, Edmond de Rothschild Heritage group will be presenting at the fair their exclusive bottles Château des Laurets Baron Edmond de Rothschild The Earth 2016. Especially created by the glass artist Gilles Chabrier, these stunning bottles are “both visual and tactile” and enhance the exceptional Baron Edmond 2016 plot selection from Château des Laurets. The artist has stylised Château des Laurets and its vineyards wrapping them around the body of 36 magnums and 36 double magnums of this vintage to form a collection of unique, numbered pieces.

Château des Laurets, a jewel in the Second Empire crown in the style of Napoleon III, is distinguished by its central octagonal tower. The engraved bottle is coated in three layers of liquid gold. Like the natural elements and the centuries that ennoble building façades through erosion, the artist has sandblasted the gold to leave only traces behind, vestiges of the past, to convey the unique patina that only the passing of time can create. And since this property only exists by the grace of its terroir, a few grams of its nurturing soil have been sewn into the furrows that run along with the bottle. Etched into the glass by the artist, as the winemaker digs them into the ground, readying them to receive the vine stocks.

Ariane de Rothschild wanted the material’s roughness to be perceptible by the hand. They were attached using a binding agent. Not a single grain can be lost. Land and Château are thus symbolically glued together, symbiotically inseparable. And whilst the entire bottle is sandblasted, the windows of the tower are not, thereby retaining the natural shine and transparency of the glass.

We are delighted to showcase this unique piece of design and winery at our Parisian edition!